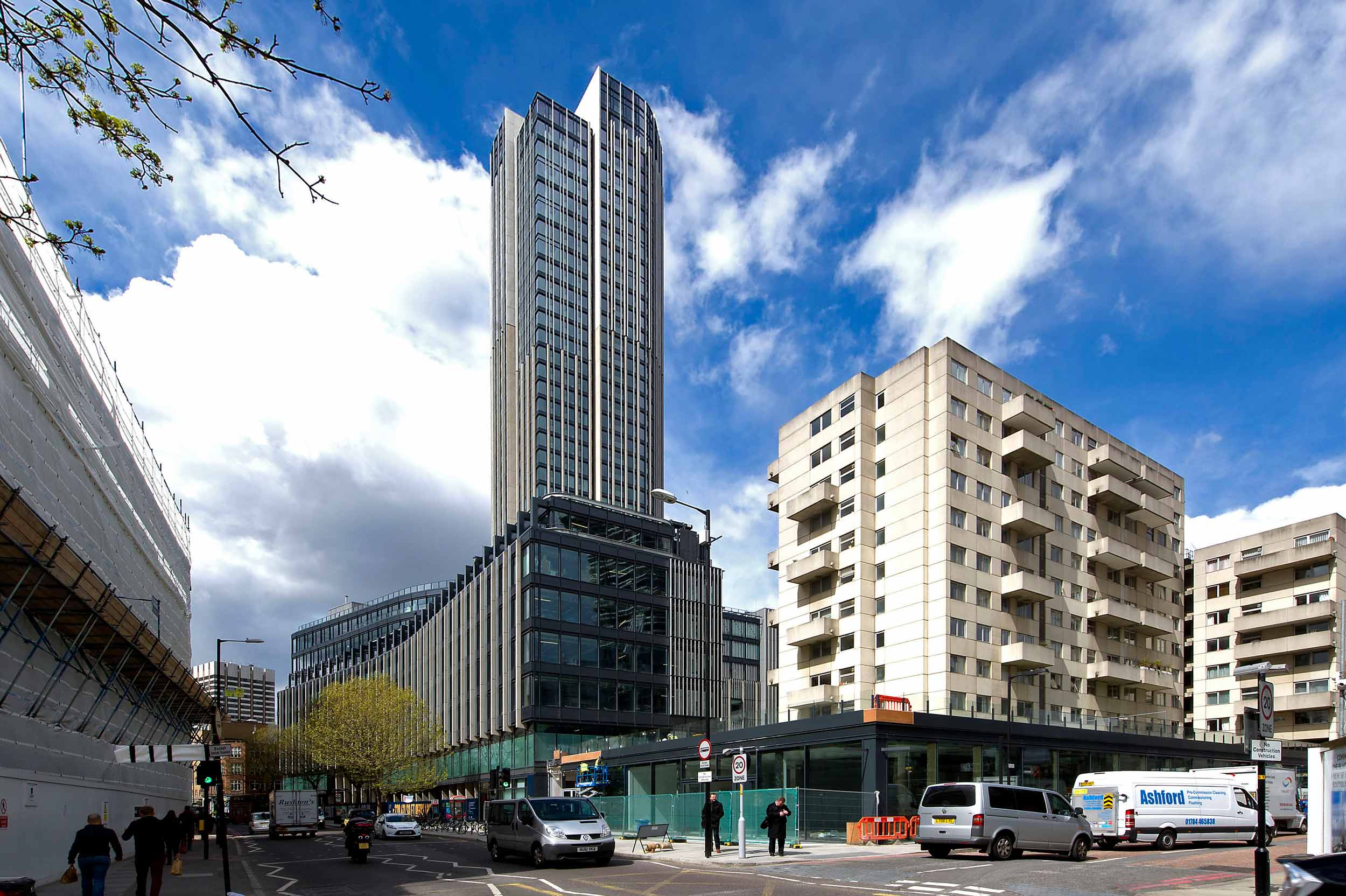 Updating the tired façade of the 30-storey tower on London’s South Bank was just the first stage of its transformation into a desirable mixed-use development. Both the tower and neighbouring podium have been raised in height, and new basements and an atrium constructed.

Raising the tower by eleven storeys meant detail wind and structural analysis of the existing structure and foundations. CFD wind analysis was used to determine the wind forces and maximise the capacity of additional floors while maintaining the human comfort levels at the ground plane. As the perimeter structural fins could not take additional load, the new storeys cantilever from the core, which had spare load capacity, allowing it to be extended upwards. Wing walls and steel hangers from the 31st floor support the majority of the new structure. 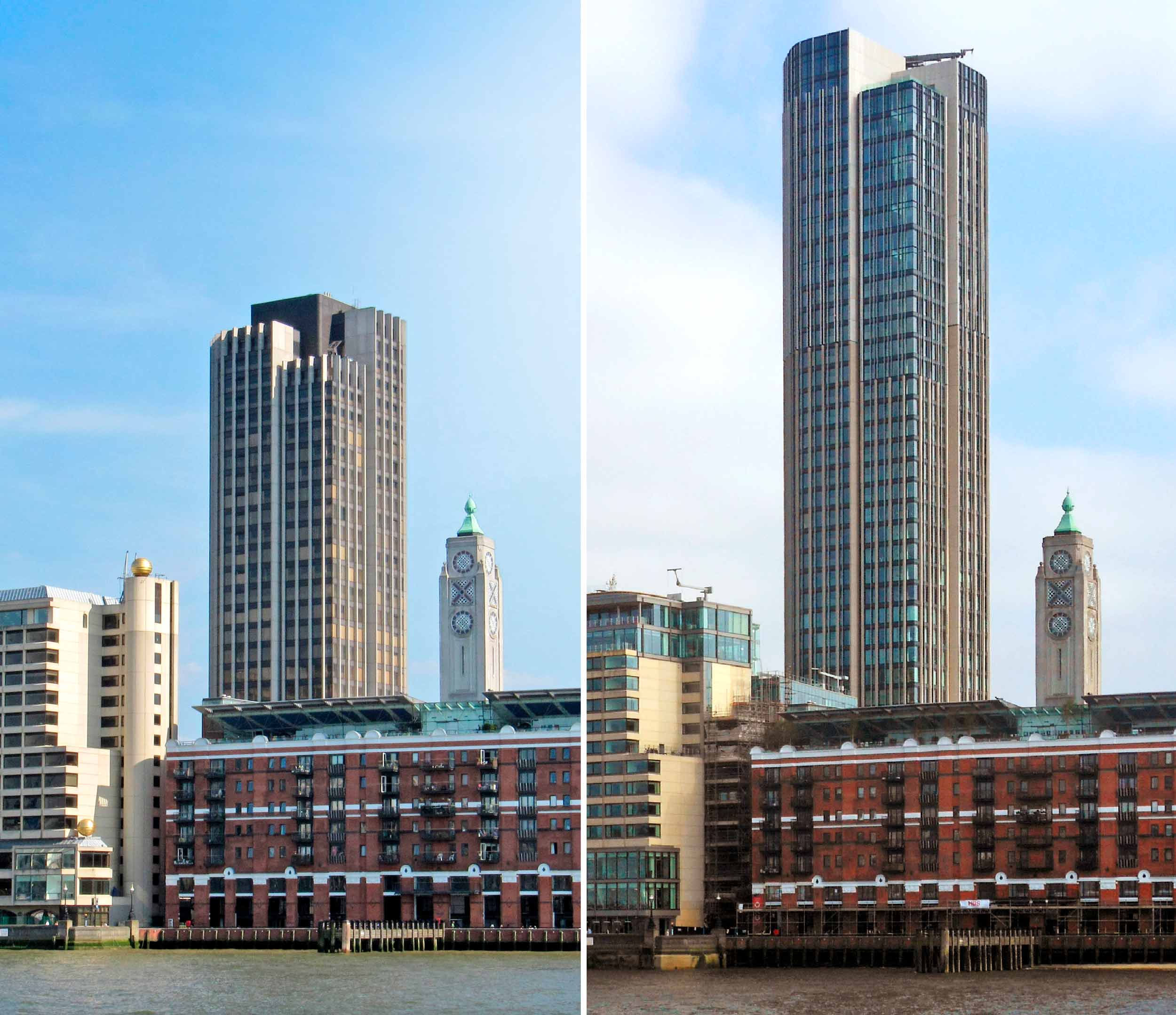 The linking of the tower and podium buildings through a glazed atrium was encouraged in the design process to mitigate the existing wind forces at ground level, creating an improved human comfort environment.

The podium has been reconfigured to provide extra floor space. With four cores along its length, separated by movement joints, we sequenced a critical process to replace these with new perimeter cores and stitch the joints together. Three storeys were also added above the podium, constructed with a steel frame to minimise loads. Strengthening of the podium’s superstructure and foundations was required to accommodate additional loads, and steel columns punch through the existing floors to take additional loads down to the foundations.

A two-storey basement has been constructed under part of the site, which posed a significant challenge due to the close proximity to the Thames. We recommended incorporating a means of draining water from beneath the basement slab, reducing the need for tension piles to resist uplift.

Finite element analysis also allowed us to model the ground underneath the site, examining different stages of construction and predicting ground movements and stresses placed on the Waterloo & City line, which runs underneath. The accuracy of this analysis allowed a reduction in the thickness of the basement walls, cutting construction costs and reducing the amount of temporary propping required during construction, while also maximising the amount of usable space. 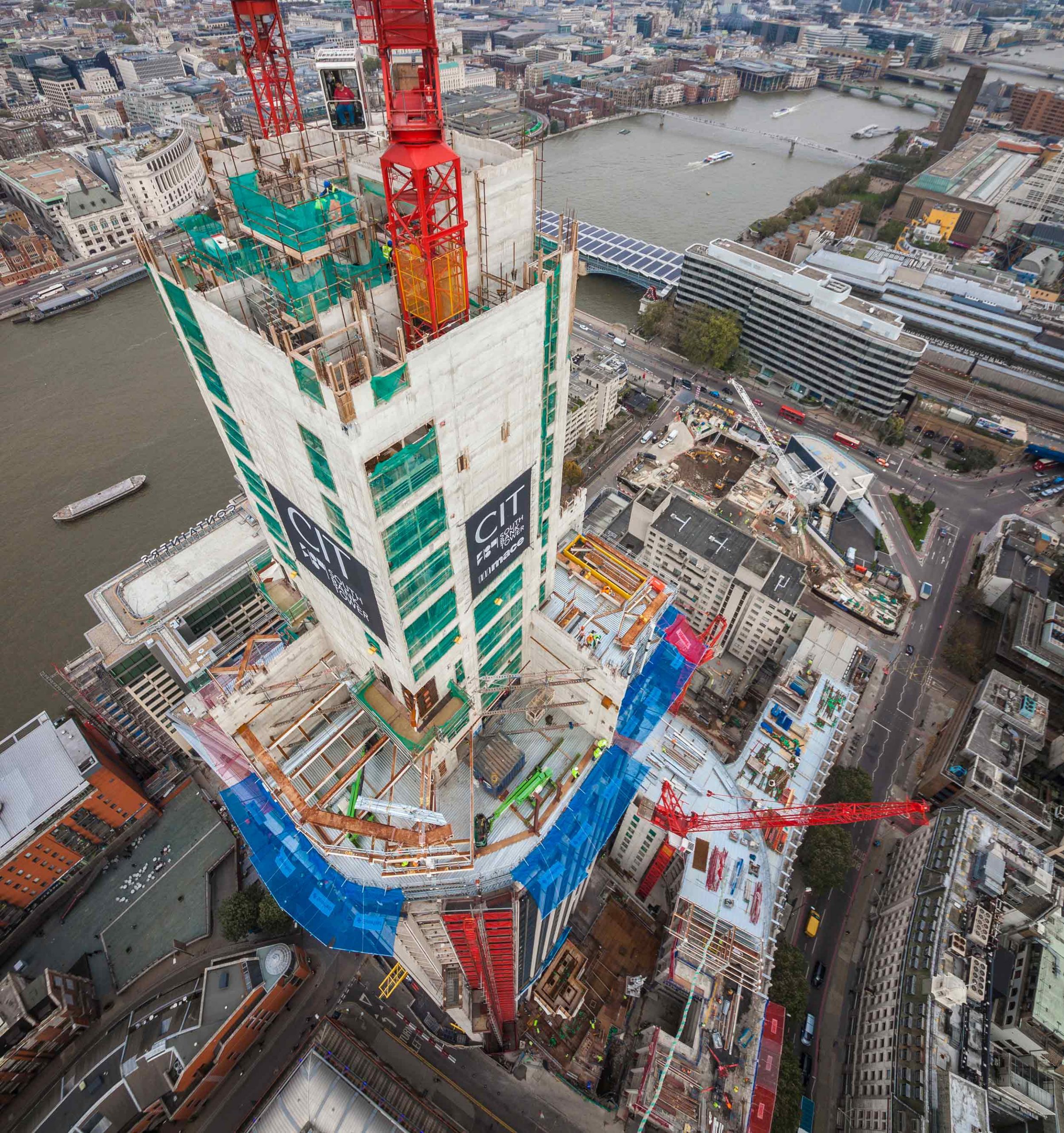 AKT II’s bioclimatic team provided detailed wind modelling and analysis, to enable the design team to produce an efficient – as opposed to conservative – solution for the proposed additional storeys. We undertook a climate study to identify the local velocity and turbulence profiles, and we developed a 3D model that captures both the immediate building and site and also its surrounding urban context, thus allowing the wind computation to be applied at various levels of resolution. Using computational fluid dynamics (CFD), we assessed the wind performance of the existing building, the proposed redevelopment and its foundations, to enable the design team to optimally balance structural capacity with material efficiency and overall performance.

Urban wind loading is a complex problem. Large, monolithic buildings create separated flows, which are compounded by the inherent unsteady turbulence of wind, coupled with the dynamic effects of wind-induced building motion, and subject to turbulence from the building itself. The Southbank Tower, with its full-height vertical features and its unusual diamond-like cross-section, required a detailed wind simulation, to help the project team understand the existing and proposed designs’ relative performance.

Our bioclimatic team also encouraged the inclusion of the glazed atrium, having identified that this intervention would help mitigate the site’s prior strong winds at ground level, thus improving comfort for visitors. 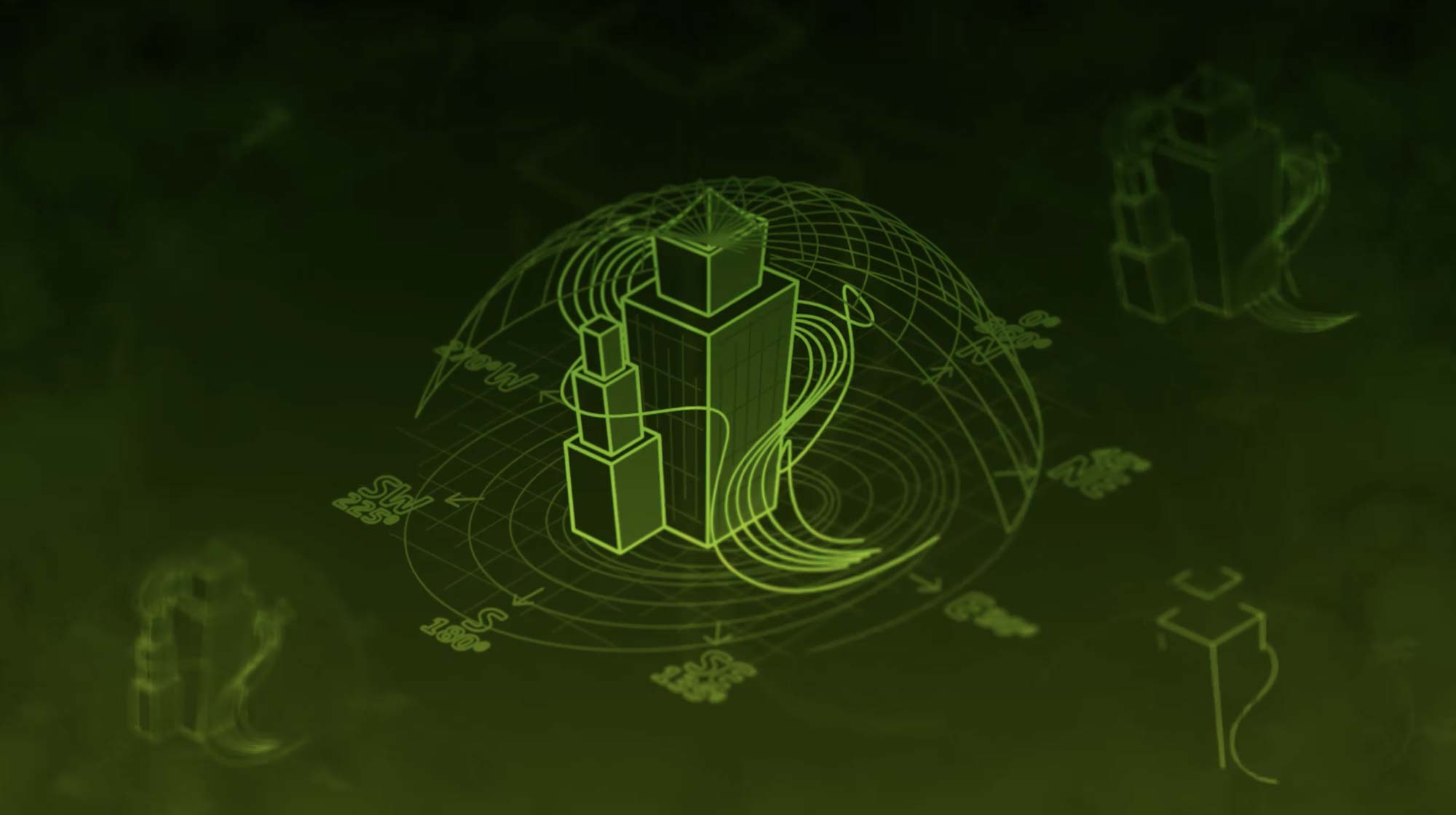 Find out more about our bioclimatic design team's work by clicking the link to our Expertise page below. 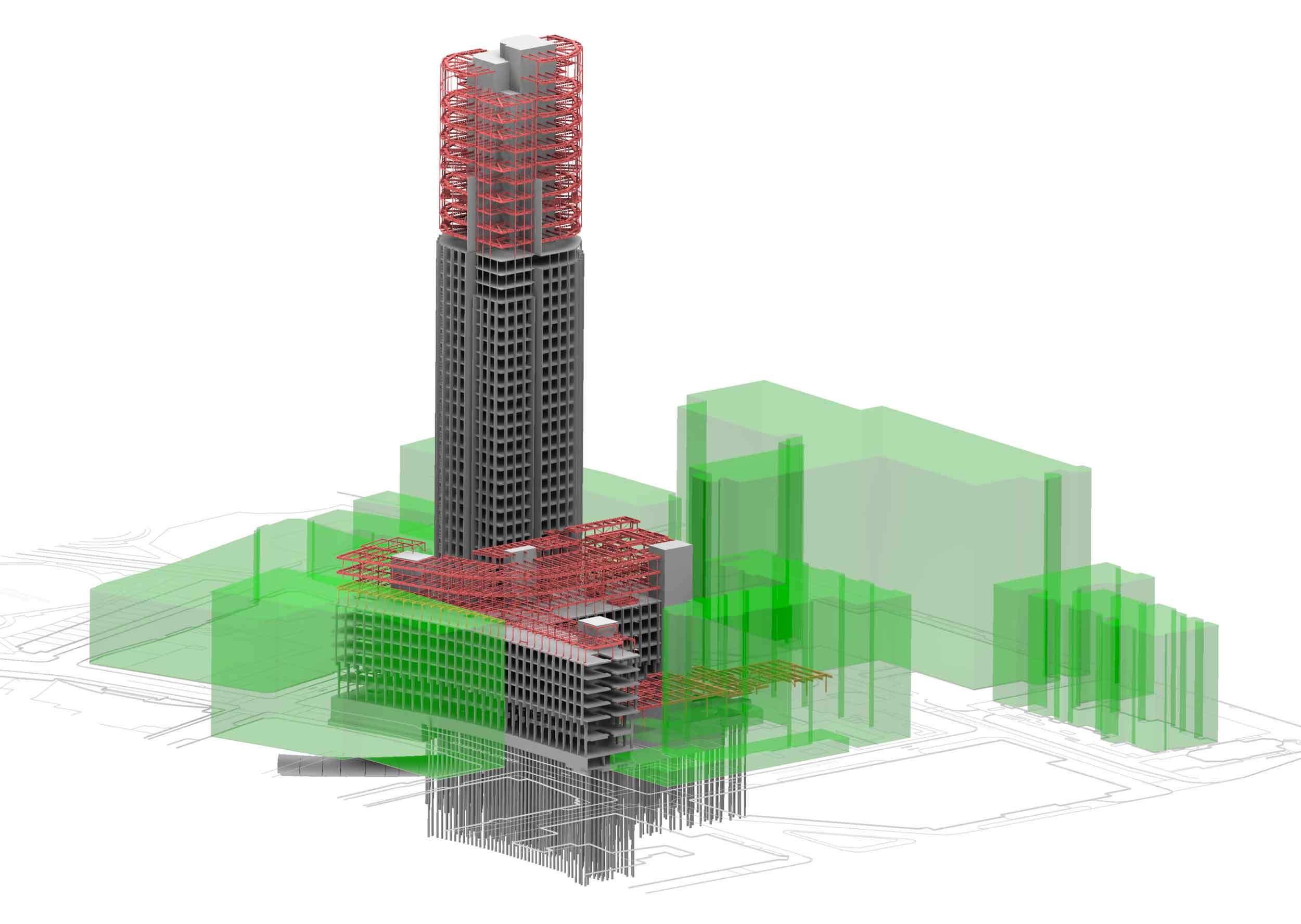 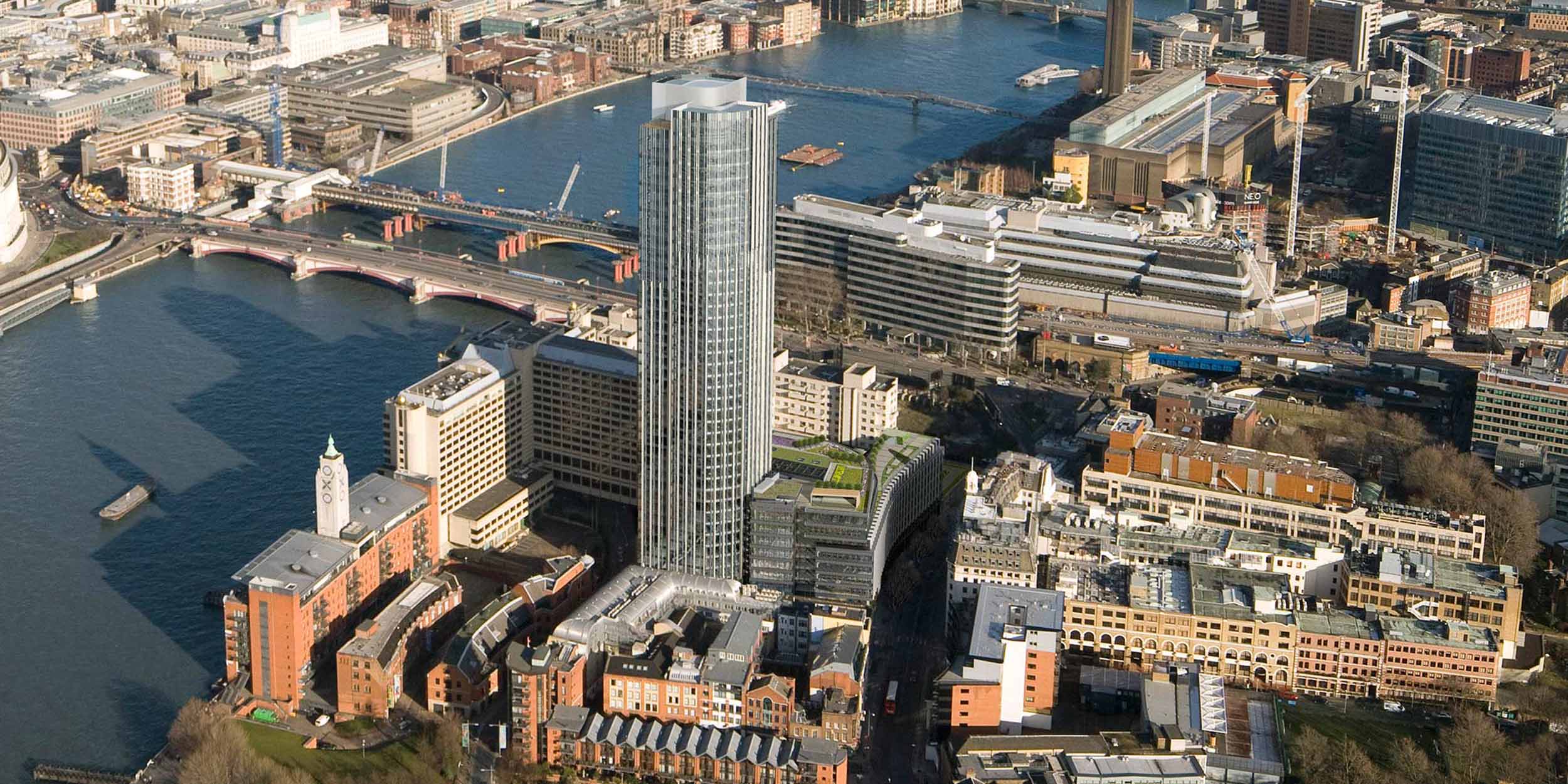 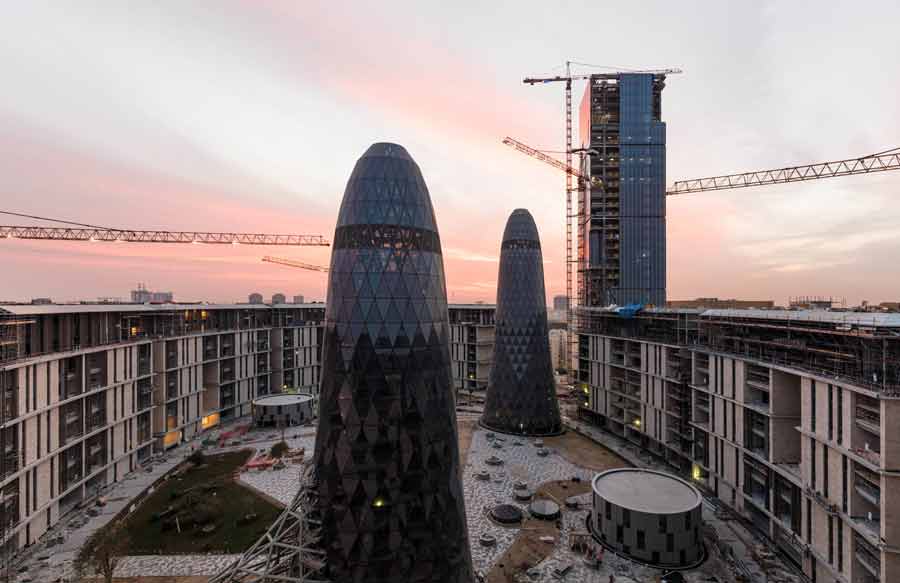 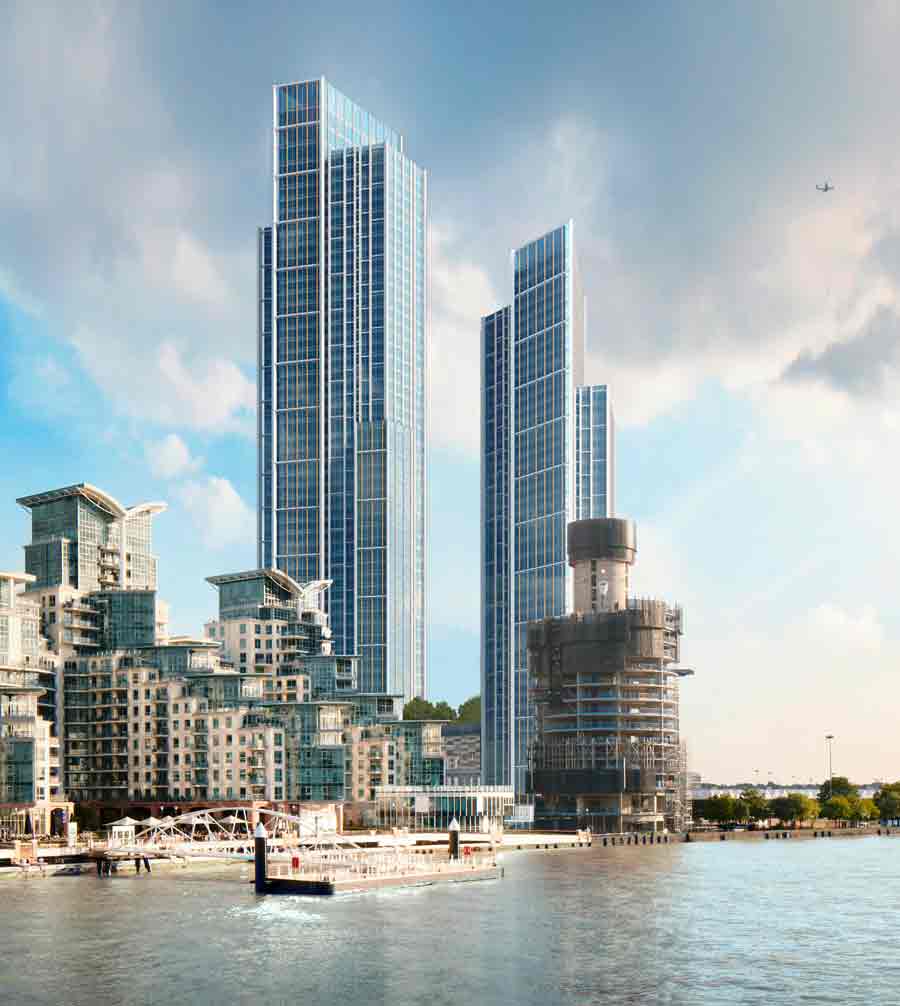 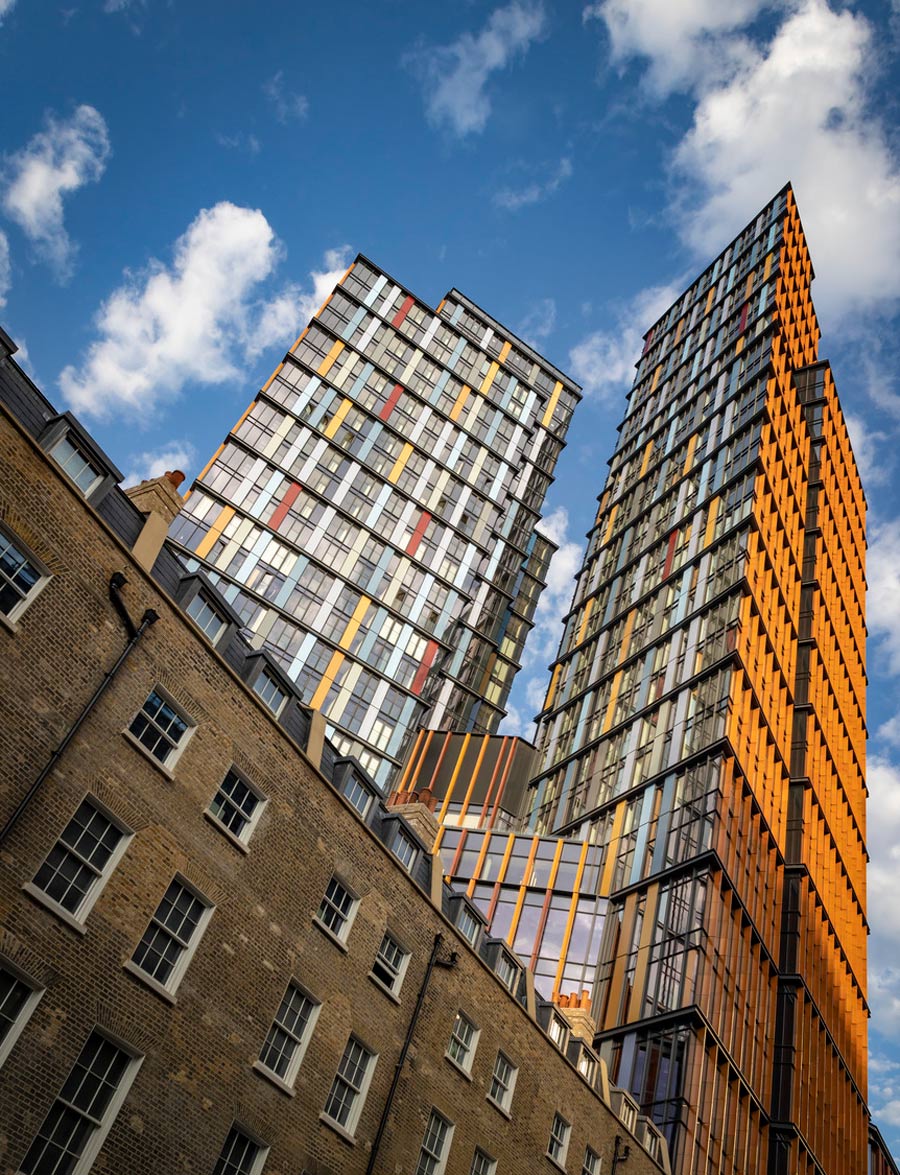 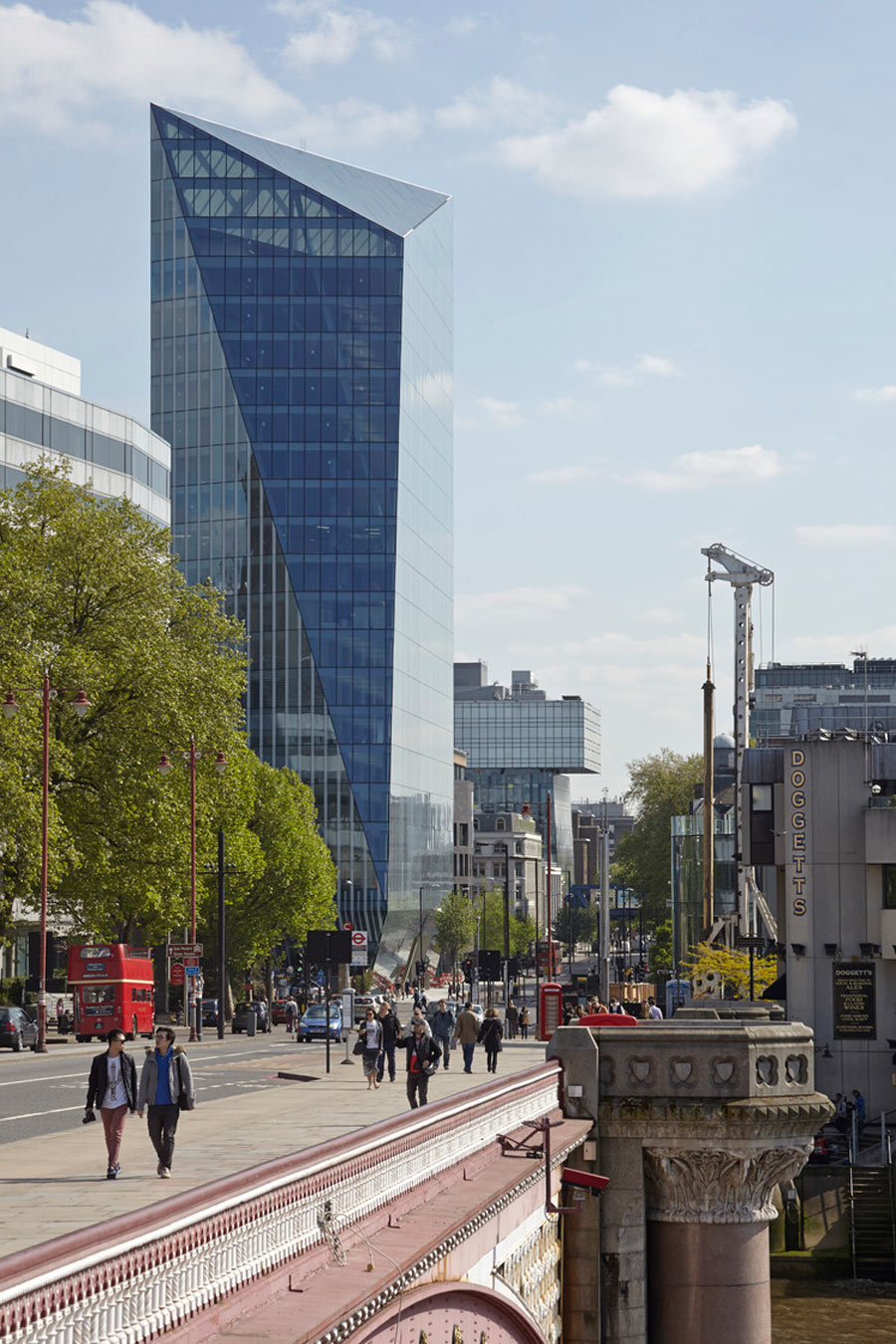 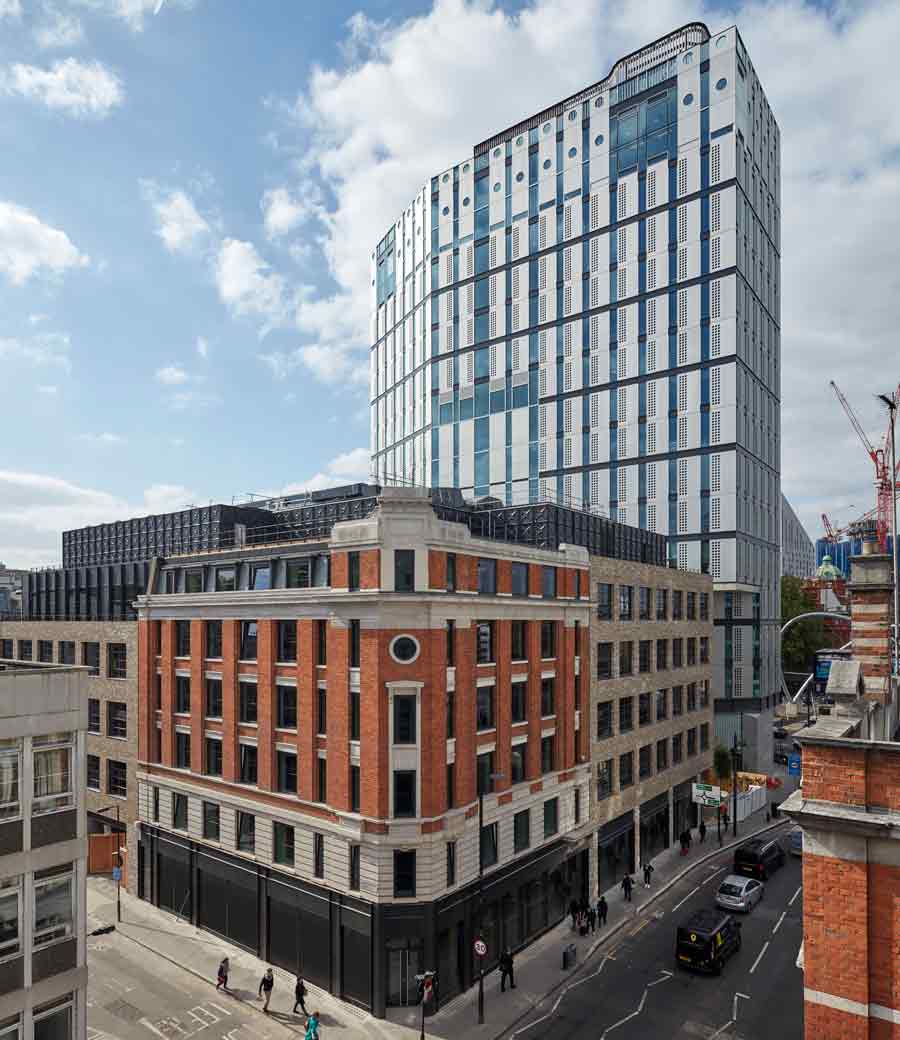