The cantilever is unique in its ability to inspire awe and wonder in our structures by defying gravity. Yet so often it also appears excessive and obtuse, appropriated as a materially inefficient statement of power and wealth. It is a thoroughly modern structural element – the essential engineering problem solved by science born out of the Enlightenment period, and technologies forged during the Industrial Revolution.

As such, the cantilever has inherited all the complexities and design challenges of modern life. Perhaps inevitably, it has also been appropriated in the form of materially inefficient spectacles, decoupled from coherent function. In this short piece, Design Director Martin Ocampo details what makes the cantilever unique as a structural element and why this makes it so difficult to get right.

Until the late 17th century, engineers could only construct very primitive cantilevers. Traditional building materials such as timber are limited in length and by their bending strength. Stone has barely any capacity to bend and act as a cantilever. Without modern engineering, understanding the design of cantilevers was almost impossible. Gravity and nature were very much in control – cantilevers were dictated by geometrical proportions and kept short, unfussy and always practical.

That said, cantilevers in the true engineered sense have always existed in the natural world. Trees and birdwings are perfect examples of the natural world developing materials and mechanisms that work perfectly in bending, defying gravity and the elements to cantilever high into the sky or support the body of a creature as it soars into the clouds.

These examples in the natural world could not be replicated by humans until the mechanisms of elastic bending behaviour were fully understood. For instance, we now know that trees are prestressed to withstand wind load and birdwings are formed from a mechanism of tensile and compression elements working together to resist bending and cantilever from the body.

It was Galileo’s interest in the cantilever beam that produced a real change of approach to construction science across Europe. But he did not fully crack the problem of the cantilever. Galileo discovered that as the length of the cantilever increased, the beam cross-section size needed to increase at an ever-greater rate.

But Galileo believed the cantilever cross-section works in pure tension. The reality is that the cantilever bends to support a load. This requires two things: fixed support at its base to prevent it from rotating (the cantilever condition) and a cross-section with half in compression and half in tension, creating a push-pull condition that we today call bending. It was only during the Age of Enlightenment that advances in mathematical development allowed us to represent and understand the elastic bending behaviour of materials. 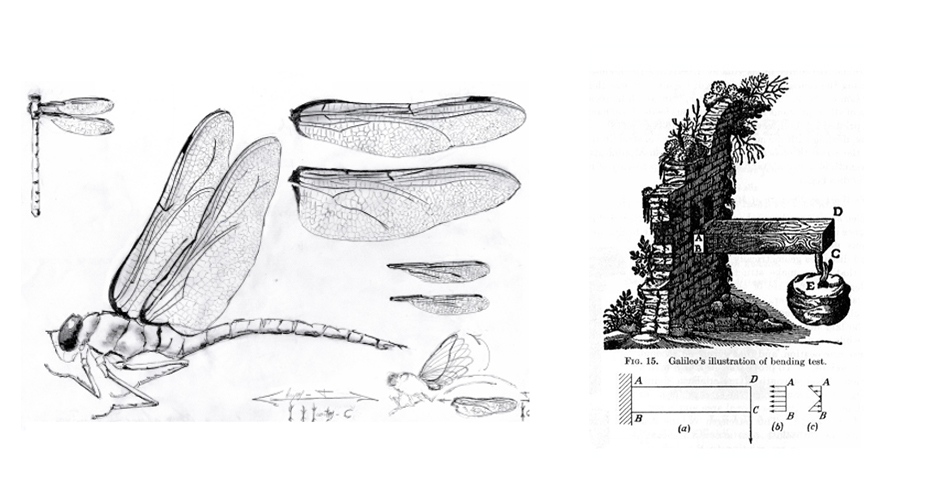 Yet to take advantage of this new understanding of how structures and materials behave, you needed modern construction materials such as steel and concrete. These elements are specifically engineered to harness our understanding of the elastic behaviour of materials and maximise bending capacity. So it was the birth of these modern engineering materials during the Industrial Revolution at the end of the 18th century that brought about a revolution in engineering design and construction and the birth of the cantilever as a modern structural element.

Modern beam theory – as Galileo intuited – tells us that the relationship between the size of the element and its span length is not linear: as span increases, the size of the cross-section must increase at a greater rate.

What makes a cantilever unique is that this relationship is more extreme. For an equivalent span, a beam supported at each end can support four times as much load as the cantilever. Therefore, more than any other structural element, as the length of the cantilever increases the material costs increase dramatically.

Also, a cantilever needs to be restrained from rotating at its support, something a simple beam does not require. This restraint is expensive to achieve, with the restraining load often needing to be transferred back to the vertical structure and foundations with heavy steel trusses or complex moment connections. 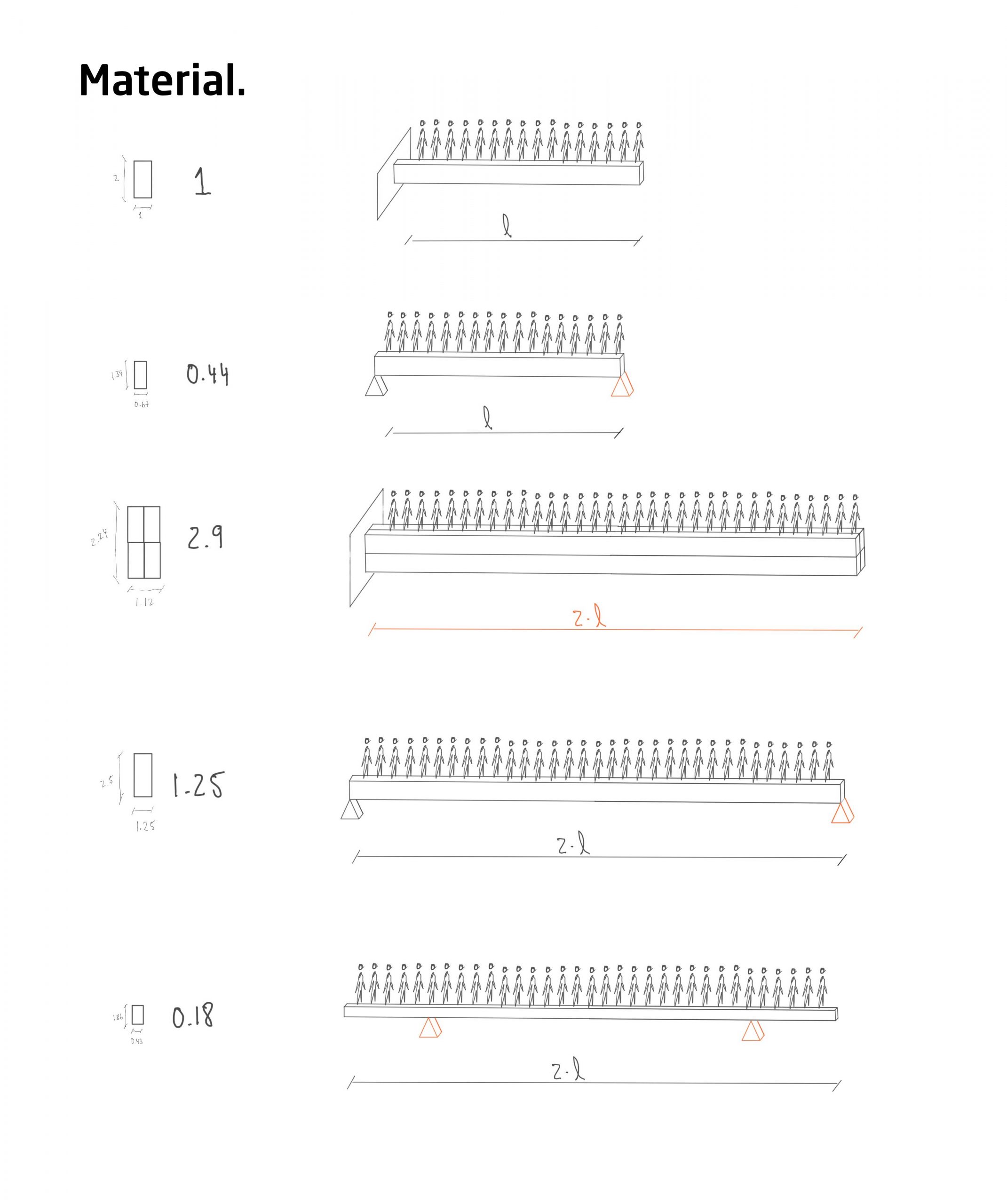 However, a cantilever can improve efficiencies in a typical structure. Using an appropriately proportioned middle span beam or slab with a counterbalanced cantilever load on the other side of the support, the beam’s rotation can be restrained and its capacity increased. Considering floorplates are the most material-hungry component of any structure, the cantilever is a smart way to reduce material quantities and embodied carbon of a building.

We are left with a paradox then – cantilevers are exponentially expensive to construct. But, when used wisely – such as overhanging slab or beam edges, cantilevers can actually improve the efficiency of these structures. 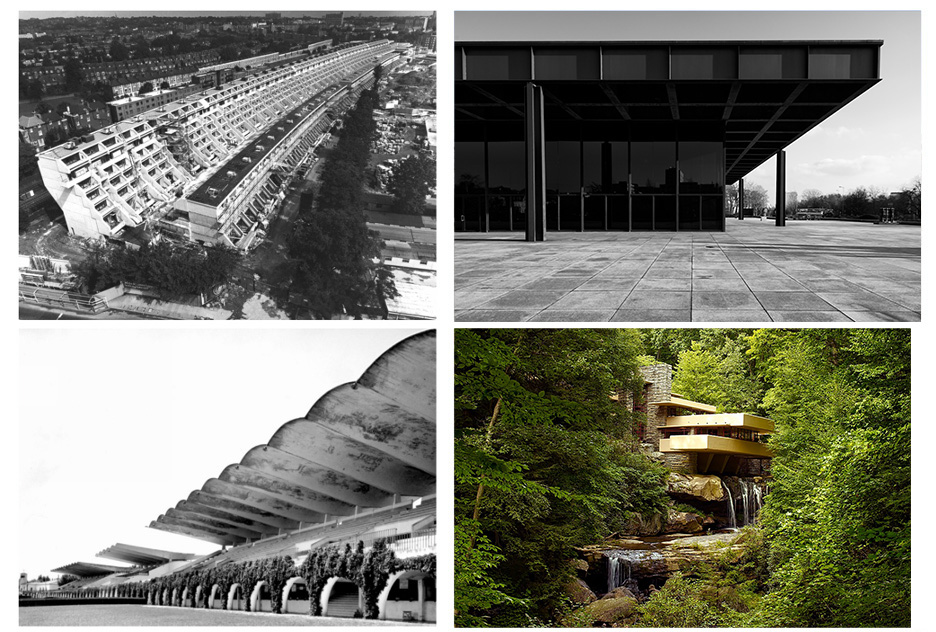 As a modern structural element, the cantilever has been used to solve modern problems in our built environment – theatres and spectacles, shelters and public transport as well as construction in constrained urban spaces.

As we have already seen, the cantilever harnesses modern structural engineering knowledge and construction materials to defy gravity and nature. Unlike any other structural element, it inspires drama and emotion in our buildings and has been used masterly in some of the most iconic projects of the 20th century. In this form, the cantilever is largely functional, enabling the spaces we have come to enjoy in modern urban life.

An architecture of excess? 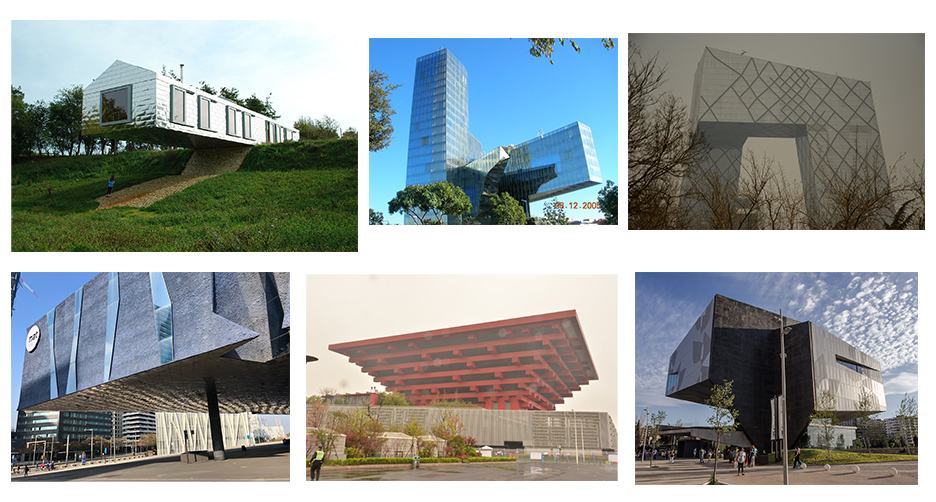 But with the material excesses of the early 2000s and our headfirst dive into an age of technology, the cantilever has become a symbol of decadence and ‘macho bravado’. In its late-capitalist form, it appears as a spectacle, an impressive feat of engineering and a demonstration of power, wealth and technological capacity. Its function is questionable, driven by eye-catching requirements of form.

Why is it that the cantilever can so easily seem excessive? Of course, the detachment of form from function is key. But also it is that the exponential relationship between the span length and the material cost is so pronounced, especially compared to other elements such as beams and columns. Even a small cantilever often drives a significant structural intervention and material cost. For this reason, structures featuring excessive cantilevers often appear obtuse and heavy. Large opaque façades are used, for instance, to obscure multiple-story high trusses.

More recently, much of the world has turned away from such displays, leaving behind a surreal collection of gravity-defying cantilever structures.

The cantilever is a symbol of modern structural engineering science. Only with the mathematical advances of the Enlightenment and the construction materials forged in the Industrial Revolution could the potential of the cantilever form be harnessed.

No wonder then that when executed well, the cantilever inspires wonder and adds a little structural magic to the built environment around us: it defies nature and harnesses our complex understanding of engineering and material technologies to hang above us in the air.

But because of its association with the modern and its use of engineering science and material technology to create a spectacle, it has also been appropriated to create an architecture of excess.

The cantilever is therefore an element that remains controversial and difficult to get right. Get it right and it inspires magic and drama. But too much and the cantilever quickly becomes a waste of material resources and an ugly reminder of the excesses enjoyed by the developed world in the last half-century.