The 23rd June marks International Women in Engineering Day – a day celebrating the achievements of women engineers around the world. 2020 marks the 7th year of this day of celebration. This year, we asked the women in our organisation what this day means to them and who has inspired them throughout their career. This is who they said; 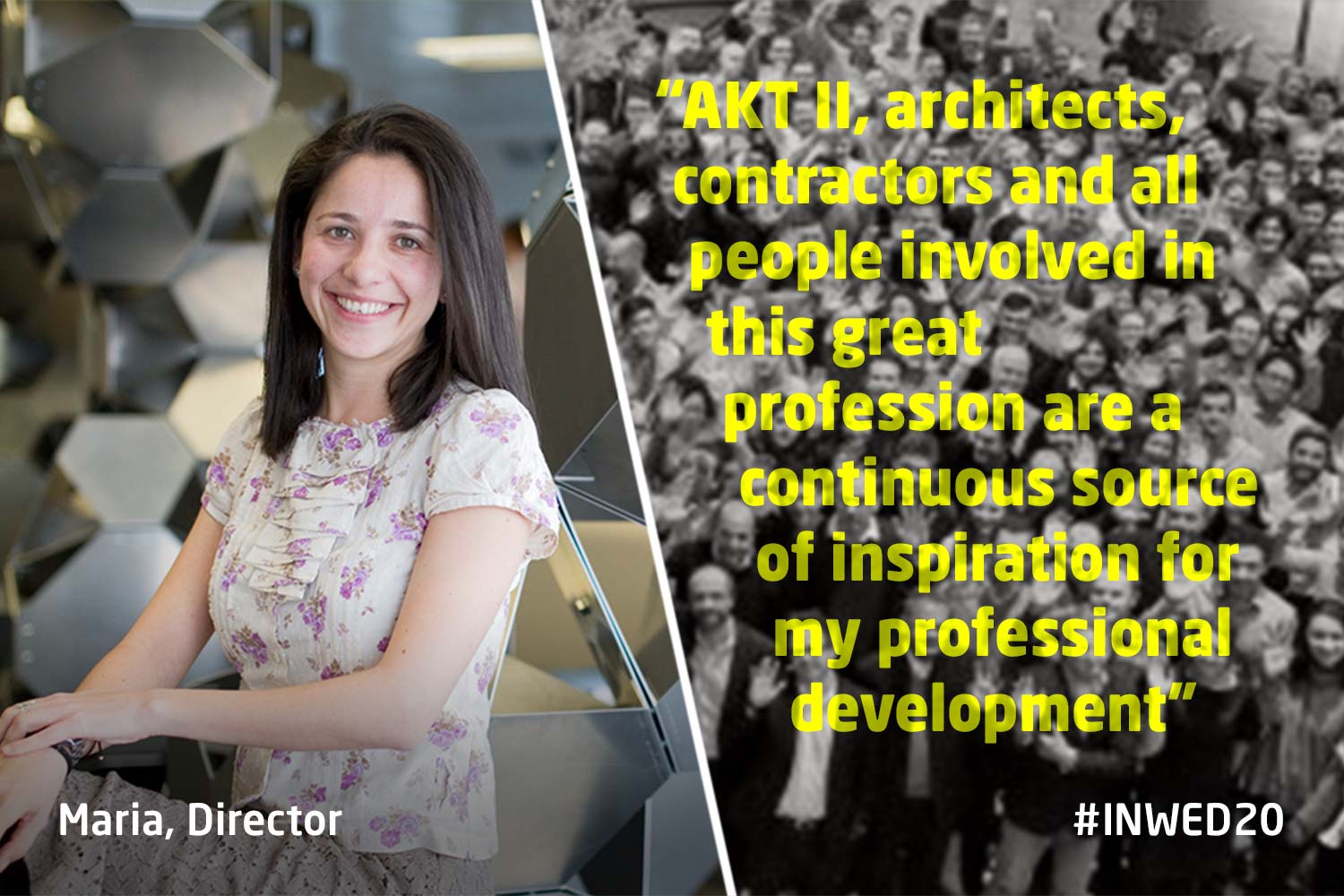 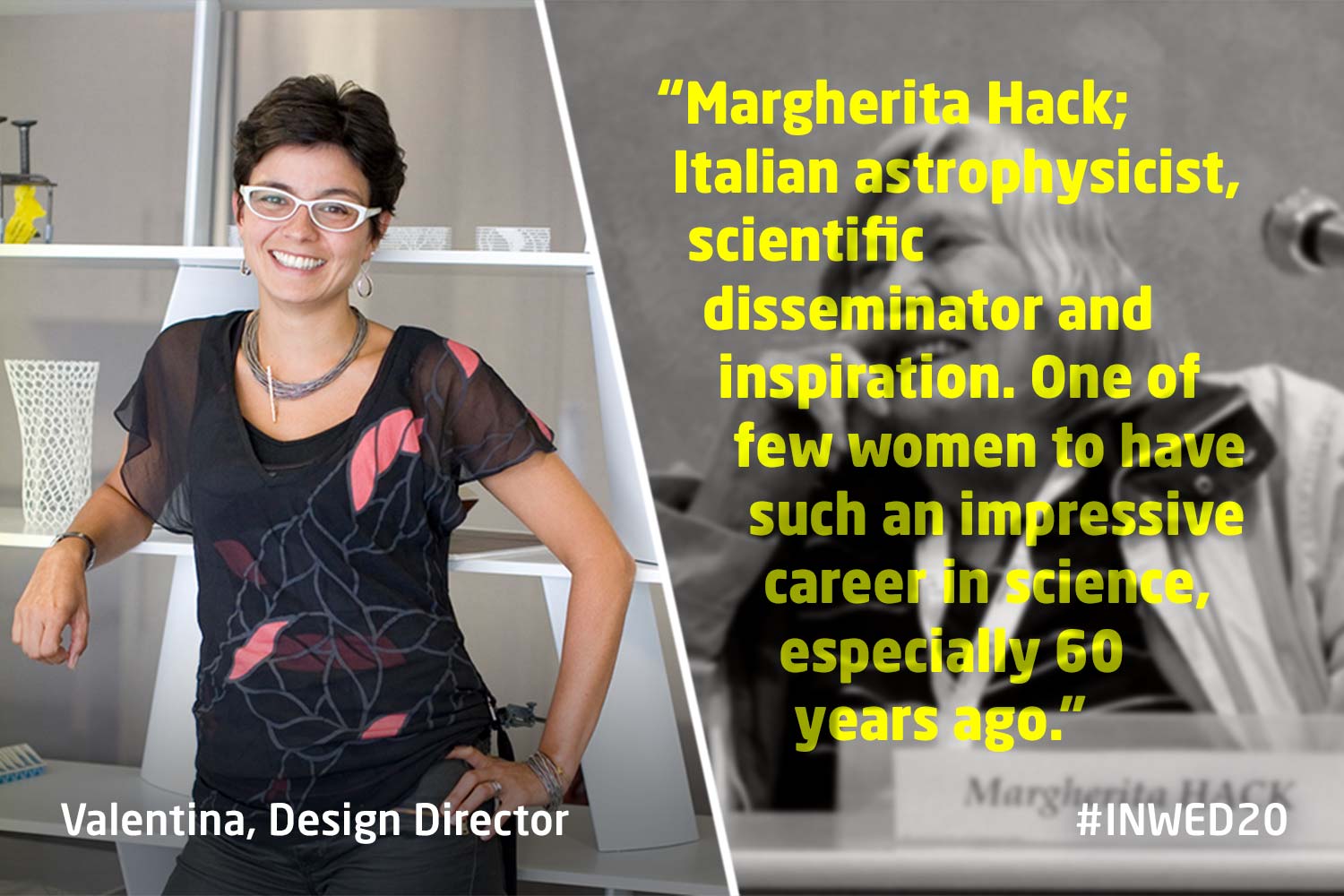 Many engineers and their work have inspired me during my career. This inspiration keeps growing every day with the work I do. Colleagues at AKT II, architects, contractors and all people involved in this great profession are a continuous source of inspiration for my professional development. Henry Petroski’s book, ‘To Engineer is Human’, helped me to develop my engineering skills by accepting that I cannot be infallible, but I can be thorough with the work I do.

Margherita Hack was an Italian astrophysicist and scientific disseminator. The asteroid 8558 Hack, discovered in 1995, was named in her honour. She was an inspiration and one of few women to have such an impressive career in science, especially 60 years ago. I have a passion for Astronomy too. So, it was love at first sight! I wanted to follow her steps and become an astrophysicist myself. However, when looking for Astronomy faculties, it became apparent that a pure degree would have been pointless, better doing Physics, then specialise in Astrophysics. Due to logistic reasons, that would not have been feasible as the prestigious Universities were too far from home. I, therefore, decided to do Engineering and Architecture instead with the main dream to be the first engineer to design a building on Mars. 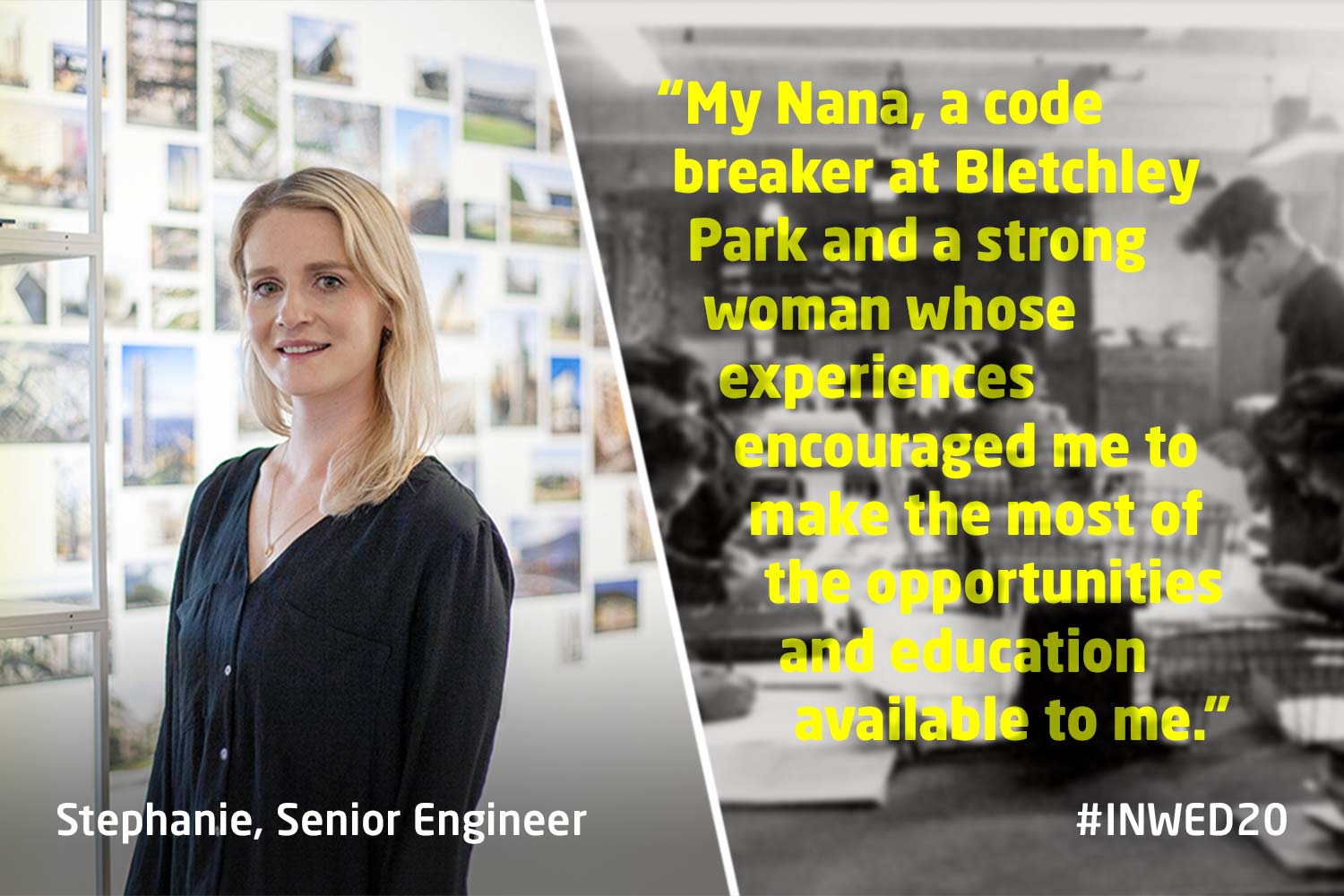 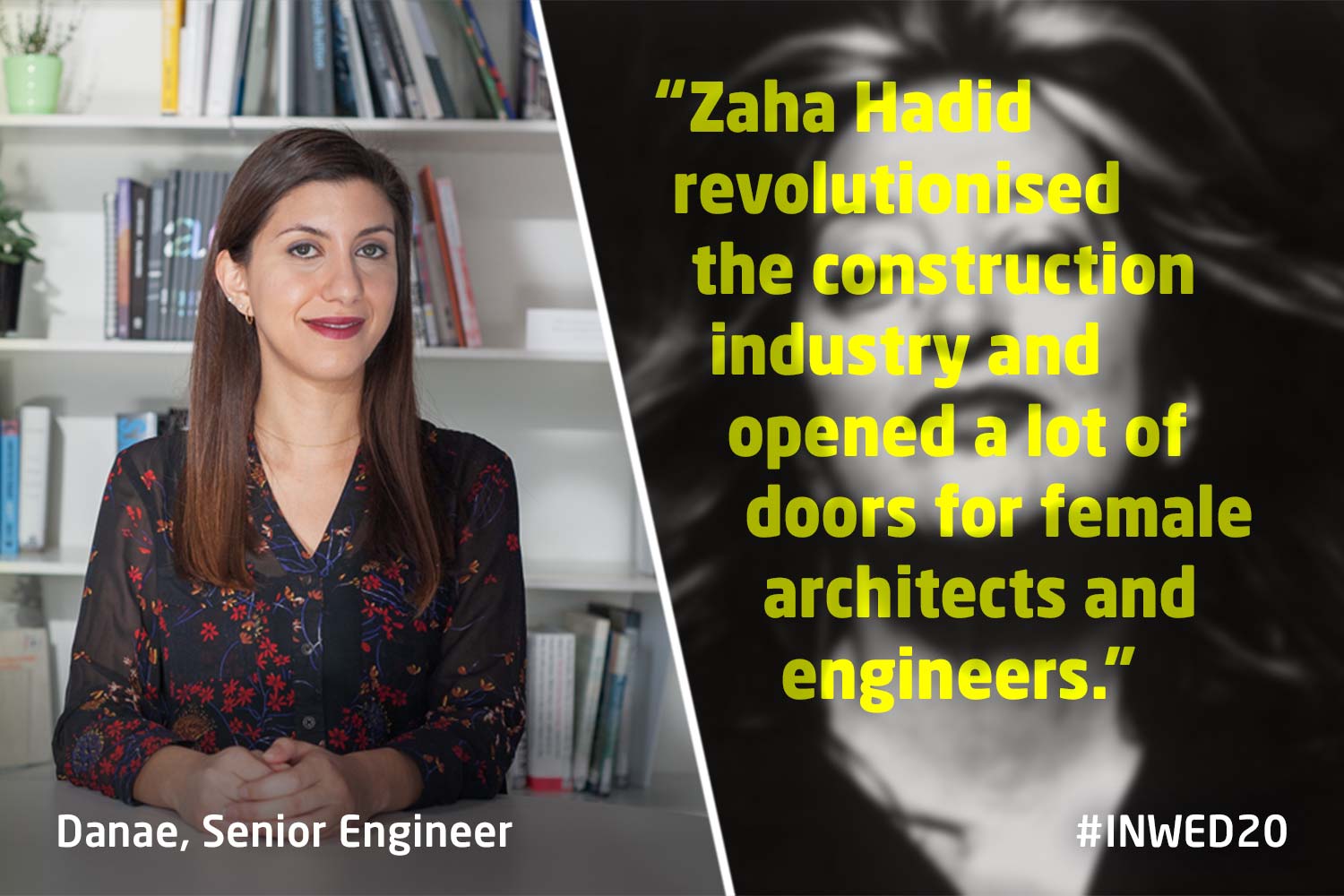 My Nana was an inspiring influence for me.  She grew up in a working-class cockney family in London. She was very bright and earned herself a scholarship to attend university, which was not very common for a woman in the early 1940s. Sadly the war broke out and she never got to attend. Instead, she worked as a code-breaker at Bletchley Park during the war before moving to New Zealand.  She was a very strong woman whose experiences encouraged me to make the most of the opportunities and education available to me and to eventually try out London myself.

The person that inspired me the most as an engineer is Zaha Hadid, as she revolutionised the construction industry by pushing the limits and generated a new wave of architecture. She was a female that opened a lot of doors for female architects and engineers and showed the world that women are more than capable of designing iconic structures too! 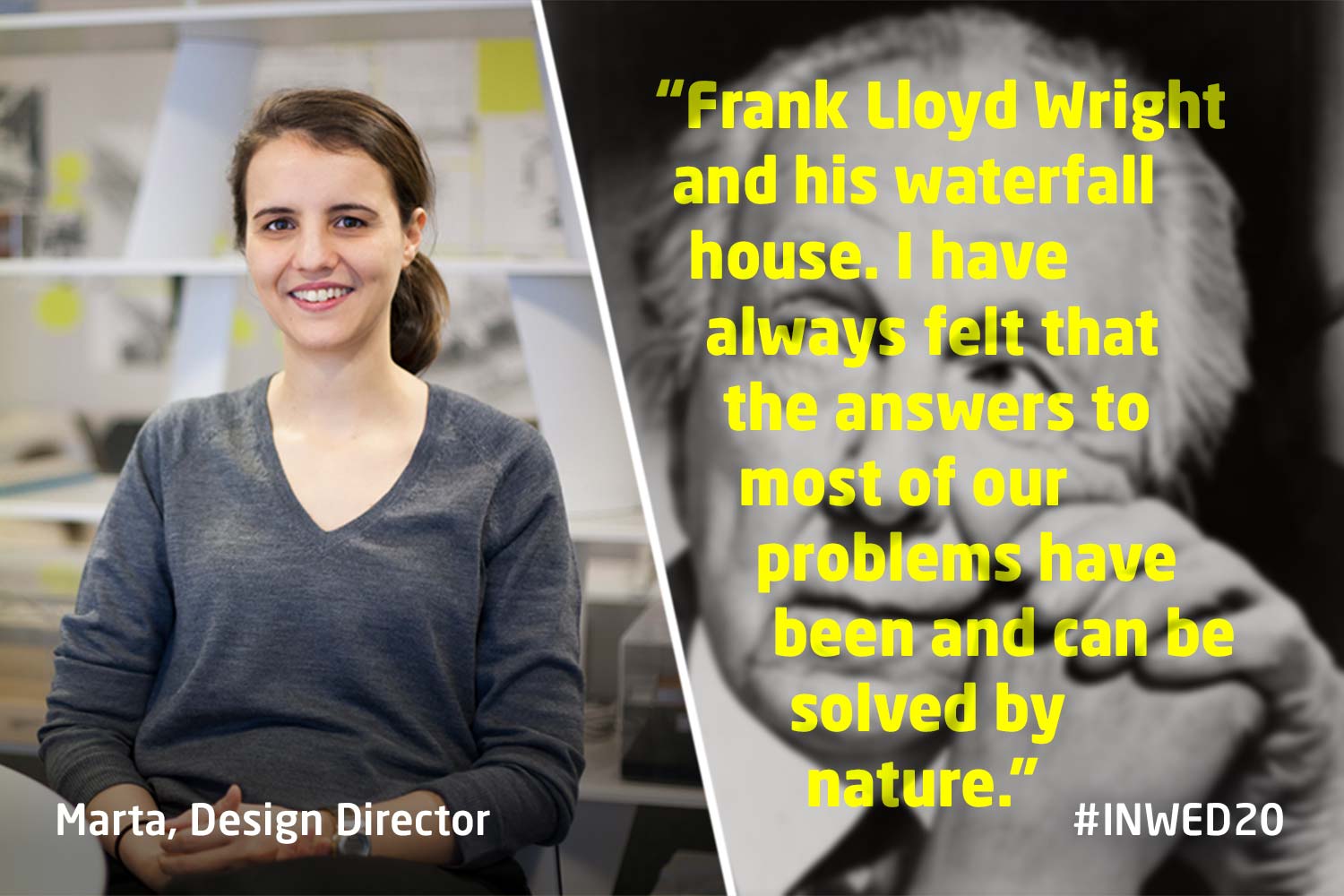 For me, it would be Frank Lloyd Wright and his waterfall house – it was like nature was carving out the living space. I have always felt that the answers to most of our problems have been solved by nature. One of his quotes – “Bring out the nature of the materials. Let their nature intimately into your scheme.”

To find out more about International Women in Engineering Day 2020, click the link to visit the official website.