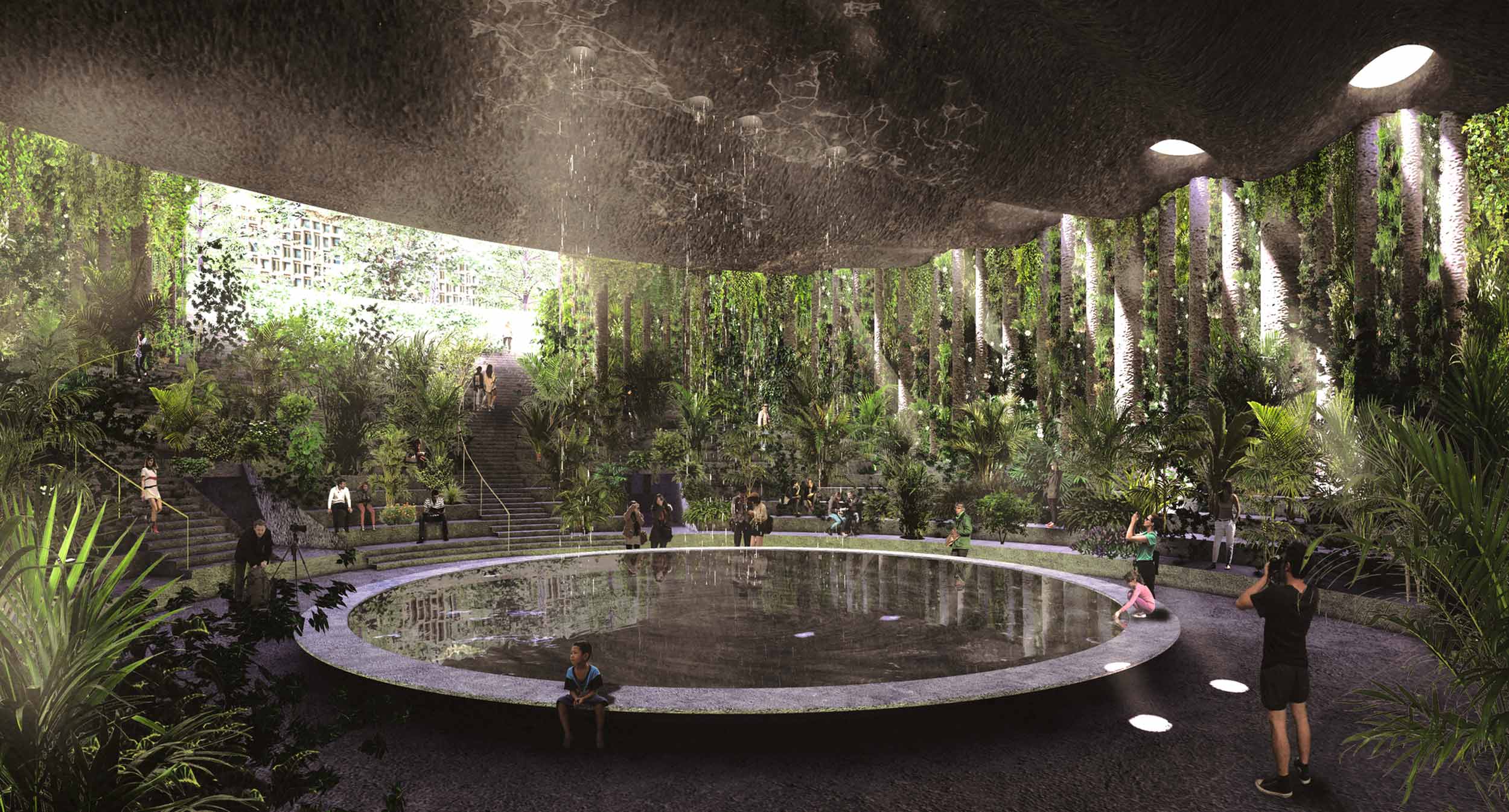 The existing Grosvenor Square is a Grade II-listed public park within the Mayfair Conservation Area and the historic City of Westminster, in central London. The 2.2-hectare, lawned site is overlooked by the Eero Saarinen-designed former US Embassy building and contains a Grade II-listed Roosevelt statue, a Grade II-listed Eagle Squadrons second-world-war memorial, and a memorial to the British victims of 9/11, together surrounded with numerous massive, protected trees.

Integrating architecture and nature in a historic square with Tonkin Liu and Grosvenor Estates.

The proposed scheme comprises three structural components: spires, pavilions, and a hidden water garden. The tree-like spires cantilever upward to provide visibility, lighting, and support for the pavilions’ canopies, using shallow foundations to mitigate wind-loading without intrusion to the site’s many protected tree-roots. The four corner pavilions meanwhile provide flexible indoor and outdoor spaces, with an aspiration for timber construction throughout the frames and cladding, while tensile roofs create weatherproofing and rainwater harvesting. 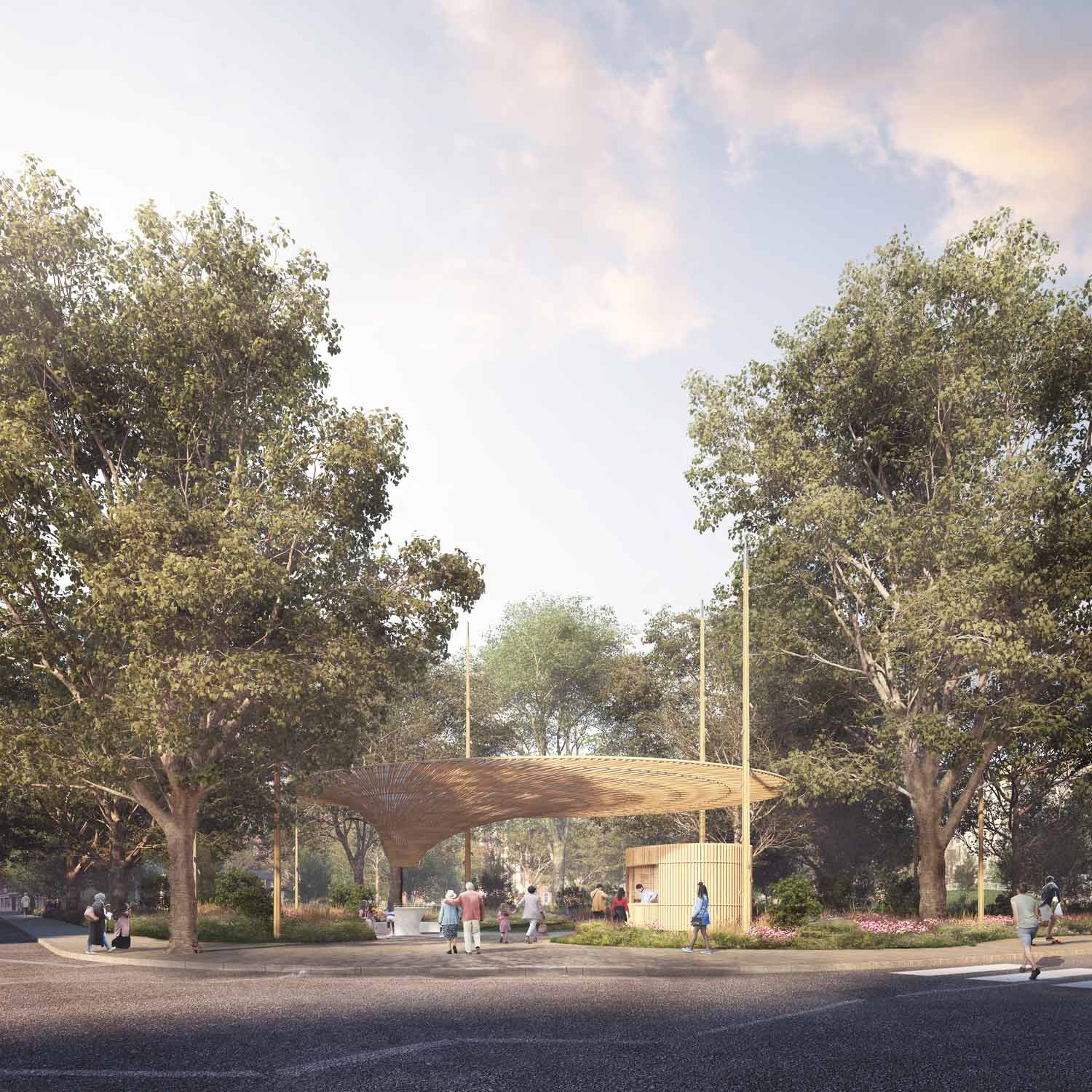 The planned water garden is sunken into the existing ground. This volume’s proposed concrete construction will offer a natural appearance when cast and excavated within the soil, giving an almost fossilised texture and a varying colour as the casting passes through the soil’s differing strata. Here, a geometrically complex roof could also be formed directly against the earth, requiring only minimal formwork.

Throughout the project, we’re minimising embodied carbon within the structure by specifying timber wherever possible. In the remaining areas where we’re having to specify concrete for longevity, we’re additionally exploring cement-replacement materials such as ground-granulated blast-furnace material (GGBF) and Cemfree. For the sunken volume particularly, the lack of any superstructure will allow a relatively high concentration of these substances, which could reduce the cement’s embodied carbon by well over 80%. 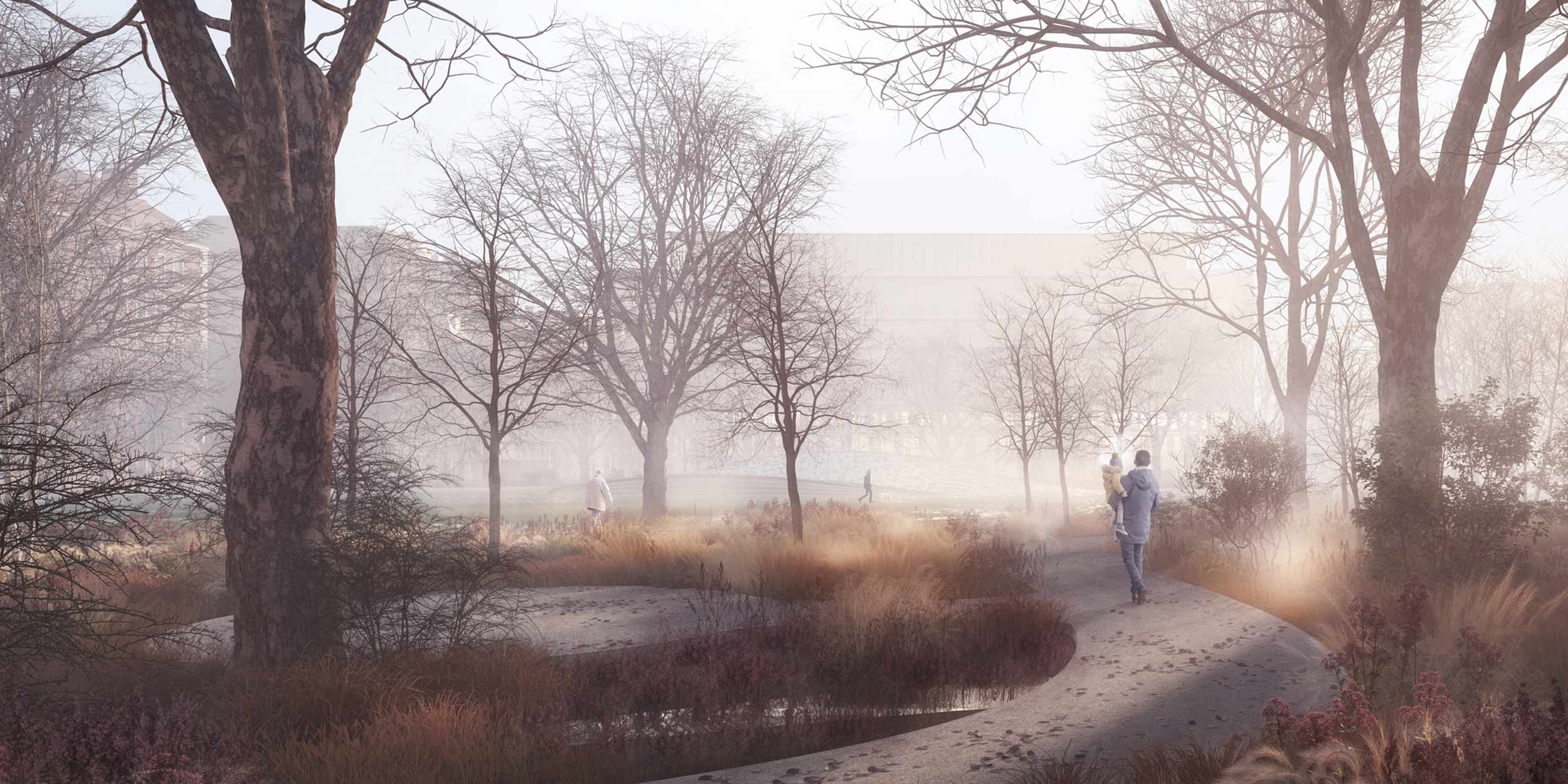 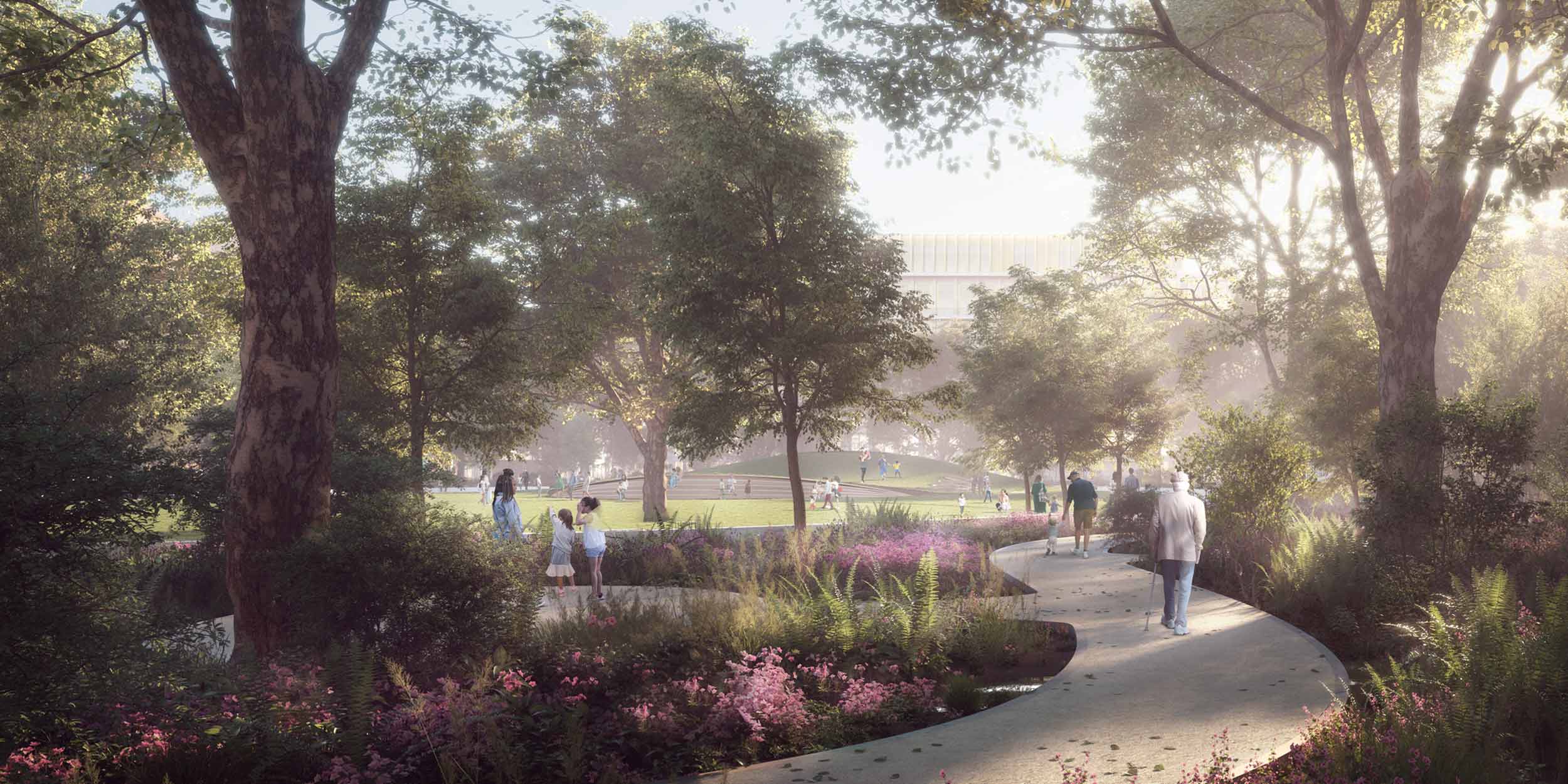 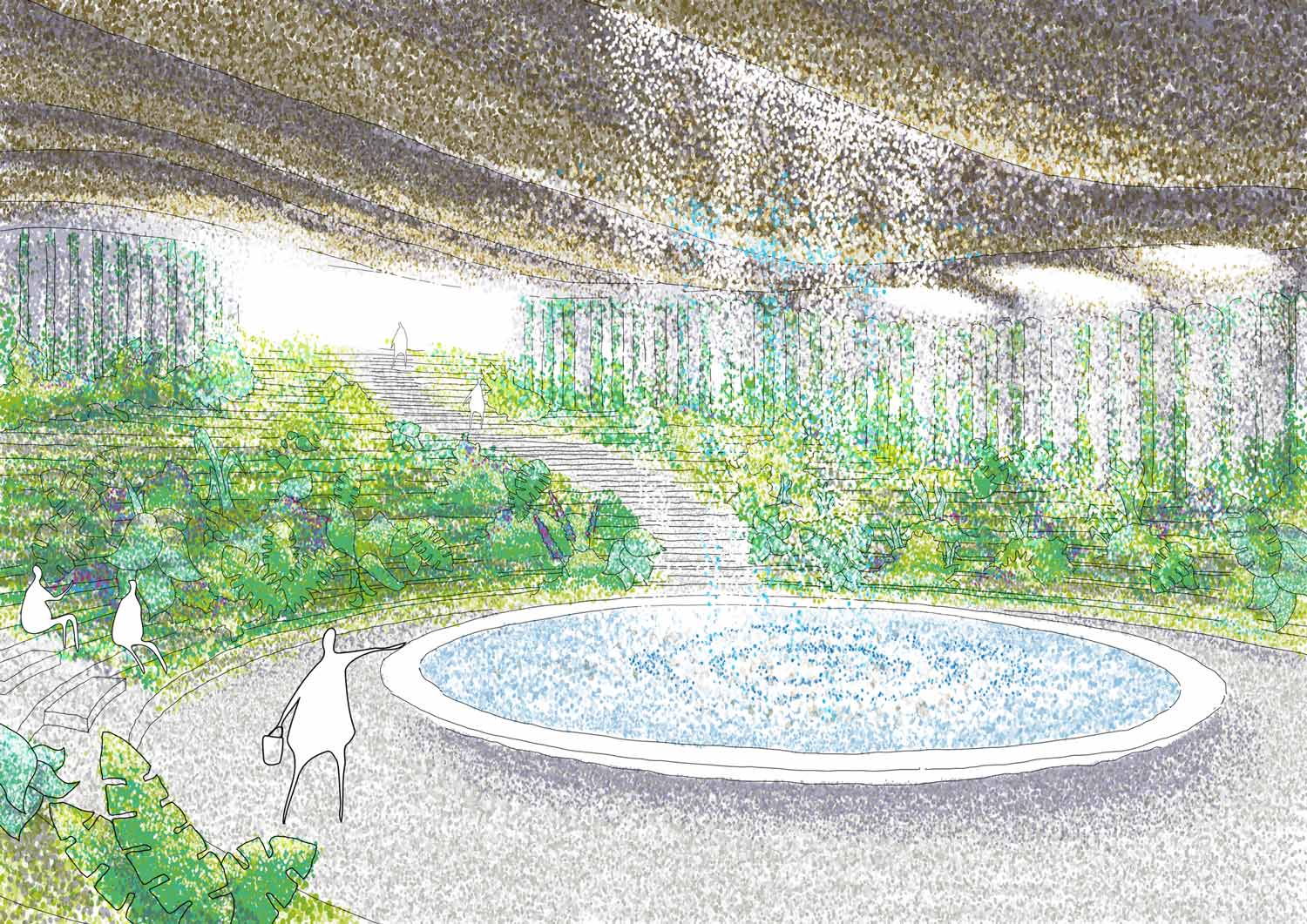 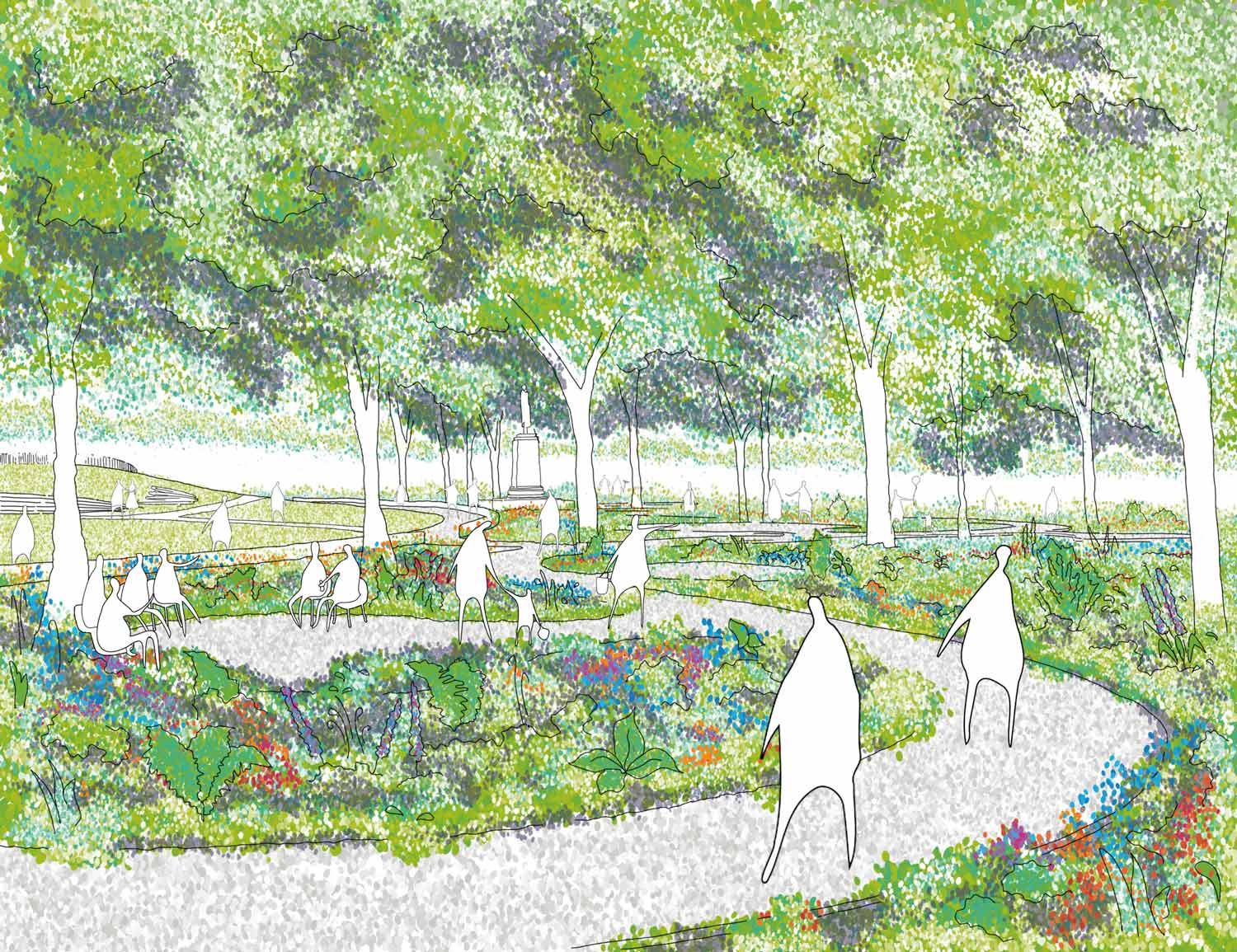 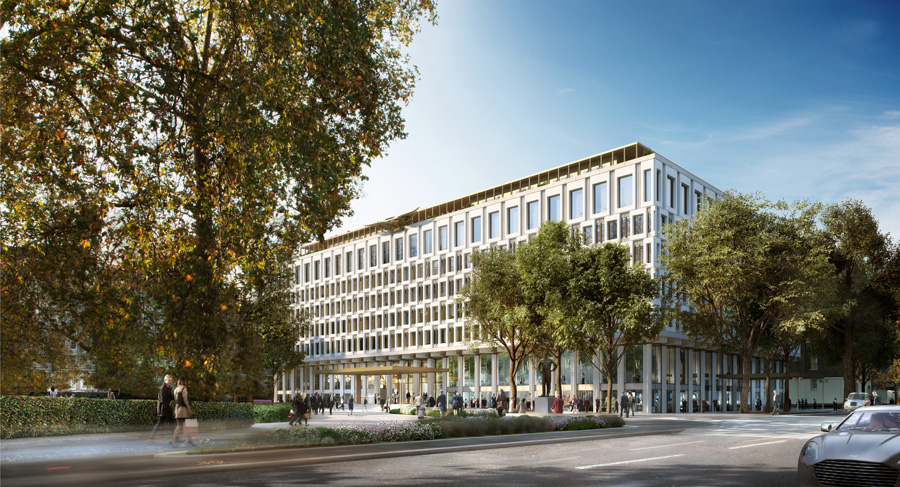